A Warning when buying your next Printer 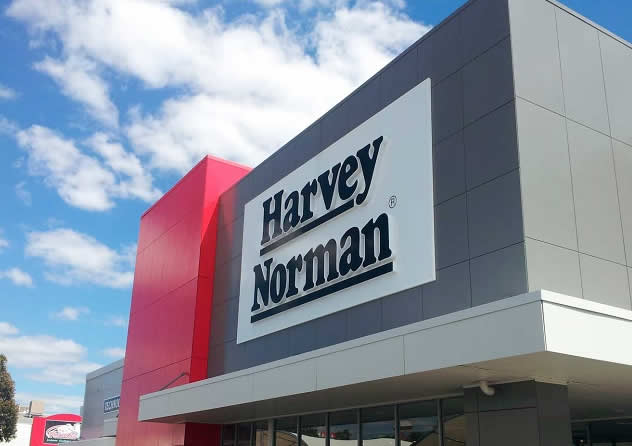 The following story was emailed to me by a gentleman who purchased a printer (including an extended Warranty) from his local Harvey Norman store. The fellow set it up, used it for a very short period of time and that's when things started going a little pear shaped.

Upon contacting both Harvey Norman and Brother he has been given the run around and so far has had no satisfaction whatsoever. This is the second person who has contacted me in recent months that has purchased a printer from Harvey Normans and has also had months of run arounds trying to get his warranty honored.

Shame on you Harvey Norman and Brother for your poor customer service, it's not good enough! I am not an advocate of Officeworks, not at all however at least they dont mess you around with printer warranties. Officeworks actually seem to be very good in that department.

Anyway you can have a read of this gentlemans story and make up your own mind. As for myself, personally I recommend that people stay well away from Harvey Normans and support businesses which have a more friendly approach to their warranty's and dont keep messing you around.

I'm a fan of your reviews on your website (Ink Hub) and your constant desire, to help, not only your customer base but anyone in general, who appears to have a ligament complaint, in regard to consumer ethics and or problems, experienced with manufacturer's, within the ink, print, office machinery consumable's, supply and demand, global enterprise.

I would like, if I may, to share, a recent display of manufacturer support, I have encountered, not!! It must be stressed, that ,I , in no way, wish to denigrate the manufacturer of the vast amount of office products they produce and or, their global outlook on customer support, for all of their products but in this particular case and most recently, experienced on this occasion, by myself.

Should you wish to promulgate this writing on your website, I hold full responsibility for the preparation of this document, in writing. The company being " Brother International (AUST) Ltd " and a recent not so good customer support experience. This matter is ongoing with the ACCC and will not be resolved, immediately. It is I anticipate, long and somewhat drawn out, so I will try, not to, labour, the integrity of this message. Out looking for a new printer/scanner in October 2018, I had carried out my research, before stepping into any business enterprise.

Finally, after many well known distributors/retailers', I settled on a "Brother MFC-5730DW" also taking out an extended, " Product, Care, Protection, Support, Advantage Plan." A mouthful isn't it? But that is not the issue here. The "Brother MFC-5730DW," was unpacked at home and the supplied cartridges (OEM Not Quite So Robust in Quantity) were loaded and a test carried out. Wonderful  results and I was satisfied that I had done my homework well.

This Brother MFC-5730DW had all the features I had been looking for, for home use. Seldom do I print huge amounts of documents, so the MFC-5730DW would sit idle for quite some extended periods and only used as required in the same manner as my previous printer/scanners. Many well known brands have been used over the years. Prior to the original (OEM) printer ink cartridges requiring replacement ( Which By the Way, I Thought, Was Quite Prompt!!) I noticed, the printed page's fading or lettering missing, from portions of the document, printed and finally little or no print.

This was prominent, in particular with the colour " Black" followed by " Cyan". It is specified by the manufacturer  to use OEM cartridges but the cost can prohibitive, going forward, particularly immediately after purchase. The use of generic cartridges was tested in the Supreme Court Washington by Lexmark and ruled against in favour of , " Impression Products", verses, Lexmark. Epson and HP are in the mix as well.

Interesting! 59.78% of the purchase price of my MFC- 5730DW needed to be outlaid for the purchase of OEM cartridges! So I settled on generic cartridges given the "Supreme Court Case and Appeals Court in the Hague ( Epson _ Merica) alongside of the findings against , HP, Lexmark etc; regarding the use of cartridges genuine verses generic." HP's fine was enormous for this practice. Bare in mind, the "MFC-5730DW" had given up the ghost on the (OEM) cartridges, so given this, I purchased (not from Ink Hub but from another online store) and installed generic carrtridges into the printer!

Immediately the printer picked up on the cartridges chips, so that was a step in the right direction but, no clear or legible print, was forthcoming. I tried all the troubleshooting within the instructional content  in " Brother Utilities and their app Control Centre4", nothing helped. I wanted to fix the problem myself rather than taking it further and needing to seek support from Harvey Norman or Brother. Finally the day came, some 13-15 weeks after purchase where  I had to contact, the " Brother Product Support Centre Manager" and almost immediately, obstacles course's were being built at a great rate, or certainly appeared this way, at their end.

Response in communication initially, was good and all requirements/measures  they required were conducted by myself, placed on a USB , which printed out and " Excel Sheet", of which, in turn, forwarded, to " Brother". Soon after communications at their end began to ask to repeat and continue with the same troubleshooting that had already been  carried out and supplied to them in early communiqués and emails!

Communication and the managers support is no longer forth coming!! What does one do? I have written ( Emailed Support) and sent it to the company I purchased the " Brother Multi Function Centre MFC-5730DW" . Never have I, ever, in my life, taken such steps but I have also created a case number with the ACCC. To be blunt, I simply want my purchase price back, without heart ache hence I know you are a crusader and champion for justice, within this industry, your industry, of which, you have been a part  of, for such a long time.

.... So that's the story so far. My own personal thoughts are that the modern Brother inkjet printers do certainly have some issues in regards to their printheads clogging. The Brother printers over the past several years are famous for the black nozzle clogging. In saying this overall they are a great workhorse as long as they are used regularly enough so that the ink does not have enough time to dry on the surface of the nozzles and cause the issue described in this article above.

This is one of the main reason's that I (Dean) tend to always push Canon printers, as the Canon "Thermal printhead" is far less prone to this problem. Personally, I feel that the technology behind inkjet printers needs to change, especially as print resolutions increase and nozzle sizes decrease. This in effect increases the risk of the nozzles becoming clogged and resulting in a less than satisfactory printout.

We will revisit this story as soon as my dear friend updates me on the progress of his Brother printer. In my opinion and based on much feedback from dozens of others in this fellas predicament he is in for a long haul. I believe that if the printer had been purchased at Officeworks that he would have been given a replacement printer straight away as it seems to me to be a very clear case.