What happened when my printer died 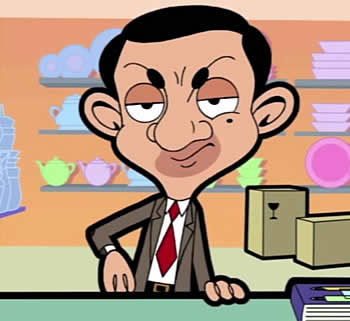 The story which follows was emailed to me by one of my customers. He is a older gentleman who was a well known Lawyer so he isnt a fella to be messing with. The story is self explanatory and the store in question was Harvey Normans.

I am the "proud" owner of an epson XP-960 and by the fact that I have purposely left epson in lower case you might quite accurately guess that I am not quite a happy chappie. However, at the same time I am not exactly looking for sympathy but I am more than abused by the fact that whilst it does put out some excellent prints. I was initially impoverished by their tactics in how their drivers (forcibly, repetitiously and surreptitiously updated) to try and combat the use of non genuine printer cartridges.

I have given up on attempts to use "non genuine" ink supplies. I have been using a CISS system for some time now in fact the only time I use the genuine cartridges (which I really suspect are NOT made by epson but perhaps a multitude of back street pirates and onsold to epson) to complete the set up and perhaps do the initial print check and maybe even a "requisite" nozzle clean, alignment and then, because the initial cartridges were only partially filled I then switch across to my CISS.

Recently, after almost 11 - 12 months of service using my CISS the printer came up with a brand new way of screwing me over. It reported on screen that I was out of paper in the default tray as I was printing out a several page letter.  "No problems" I said  "I'll put some more in" only to find that there was about 70-90 pages still in the tray. So I decided to take the printer back to where it came from. I have been dealing with this same store since about 1997 making several purchases however that has now come to an abrupt termination.

This was due to the following incident and not only will I NOT do any more business with your store but I will actively encourage anyone that I know to take their business elsewhere and it is a shame because I have previously had nothing but stellar service from everyone there in that store, as well as in a social context.  However,recently, that is Tuesday, 24th of July 2018, I had a problem with a printer, an Epson XP-960, which had developed a mechanical error in that it sent an alert that my paper tray was empty however on checking found that it was not so I took it to the service department for checking.

In my normal manner that is unchanged from any time before, I joked with the somewhat unkempt person in the service department, who told me that he didn't appreciate me talking like that so I responded that I was unaware that he was a S.J.W. ( Social Justice Warrior ) to which he responded quite aggressively with 'DO NOT CALL ME THAT!" So I remained in stunned silence until he came over to me and asked  quite peremptory "what is your problem!" So I explained that it was NOT picking up paper from the paper tray.

He then asked me "where is the power cable?" to which I in some astonishment asked if he did not have any in his test bench to use  to which he promptly deduced that the power cable was the problem then told me to go and get it or he was NOT GOING TO LOOK AT IT. (the printer)

He knew that I am at present suffering from a slight disability that is a broken ankle because I was forced to carry the disabled printer whilst having to use a crutch as I walked out and I was angry enough to remark that he should keep a more civil tongue in his mouth when dealing with customers. He was about to come out from behind his counter to make an issue of it but fortunately he returned. When I returned later, I went directly to the manager to complain in person about his abrupt language, but he said that he was unable to do anything about it and then offered to just change it over for another printer.

When he checked my receipt and saw that it was less than a year old and that Epson might not approve the return of the printer I knew full well that they had no idea of my rights as a customer. At first he offered me a downgraded model printer, an XP-950 which is an older model. I did not want an XP-950 because that model had issues.

Secondly under consumer laws, if I have been sold a product that is not working or fit for purposes (save me the time and look it up yourself) I am entitled to either a refund or replacement. I have absolutely NO issues with $%&#$% - he was polite and very helpful in his attempt to solve the issue and he went out of his way to assist me and I have had no previous problems with any of the previous employees with whom I have had countless excellent encounters both in store and socially.

The problem lies in the hiring practices of aggressive and what I suspect to be partially and/or improperly trained technicians who have very little product knowledge. I told them that while you employ such people who are socially constricted then you will not enjoy any further custom from me and as far as I am able, from any of my friends and acquaintances.

Okay so there you have it, another disgruntled customer who has been denied his basic consumer rights. In this case however the victim knew his rights and was not at all impressed by having them distorted by a young, untrained salesman that didnt have a clue on how to correctly deal with him. Let me point out that this isnt always the case however certainly when purchasing a printer I have rarely come accross a sales person who had a good knowledge of their products.

At the end of the day just remember that most reputable stores will replace your printer if it is still under warranty. Even though I dont like Officeworks they seem to be one of the better stores in regards to printer replacements when things go pear shaped.

Update 7th August - I recieved another email from my good friend telling me about his past experience with an older printer he purchased. Here is the latest email:

Many years ago BC (Before Colour that is) I was a keen fan of the Canon BJ-300 and BJ-330 series, going back to maybe the original one sold here in Cairns. So long ago that I have actually drawn a blank on the date, but I remember them to be a good unit until some of the nozzles clogged up. A new printhead costing me in the vicinity of $150, originally they accused me of using dodgy "fakeinks" until I hit them with every saved receipt for the genuine (sic)cartridges (which I had meticulously saved in a folder) and then the canon office eventually paid me for my losses.

Fast forward a year or so later in Port Moresby, I did a "Lazarus" and resurrected it and the service manager there told me that they no longer sold the canon inks and gave me one of the first"remanufactured" cartridges and a "Canon" print head (looked a bit like one of the short form cards fitted in the back of today's computers- with an ink line attached) .... I was told that it was so far ahead of Canon and about 20% of the price.

I never had a blockage with it since and it was treated like an old shovel - when many others were shut away (with the computers of the day) in special air conditioned rooms ............ BUT - then came USB as opposed to the old 6 foot wide printer ribbon cable AND COLOUR - and epson was the flavour of the month. (yeah yeah - I'm a sucker for a "G" string and no bra look) so I sold my soul for a quicky (or 45?) and apart from a few quirks - not too many failures - but they came a bit later. To be continued.......

Further to the above printer dilemnas "George" also found a couple of interesting links. One was a court battle between Lexmark and a company that was remanufacturing their "expired" cartridges. It's 25 pages of info but it's interesting reading:

The tides of war are-a-changing {with not too manymisappropriating apologies to my hero of olden times - Bob Dillon} and  the die has been cast.......

I took that misbegotten collection of plastic and hoodooconglomeration back into Hardly Normal and informed them again of theirmisfortune to try and shaft me {in a fairly pleasant manner of course - muchlike the Tick-Tock Croc in Peter Pan....} and told them I wanted a refund onthat pile of excrement. ey refused of course because they said it was 6 dayslate - and thus out of warranty ............. AND were still arguing the tosswhen I reminded them that he himself, had initially offered a replacementprinter until he realised that it was still in manufacturers warranty and toldme to take it to the authorised repairer - Computer Resources - who could notonly NOT repair the fault without updating the drivers {against my VERY strictand expressed instructions to NOT update any of the intrusive printer drivers}but then reported that the fault was caused by my usage of "nongenuine" inks - to wit - a C.I.S.S.

Anyway - back to the not very well educated manager - whothen said that I had to go and deal with the manufacturers - epson {I refuse tocapitalise the name} - as he was NOT going to assist me in any way until Imentions a few of the pertinent decisions handed down in the Supreme Court of"merica - in a crushing 8 - 0 to the detriment of Lexmark - with of coursethe quite substantial fines which accompanied that decision - and then theAppeals Court in the Hague dealt a crushing blow to HP against 123inkt.nl   {The Hague denied all claims of HP. No banon sales, no payment of profits or reimbursement of damages was given to HP. HPwas ordered to pay €124,053 (US$138,946) for litigation costs to123inkt.nl.Further, 123inkt.nl is free to continue selling its private label, after marketcartridges for use in HP printers} and he started to buckle - and decided totake it in and forward it to epsons for a refund back to me.

At this stage I did not mention anything about the ACCC alsotaking on HP - where HP, through a back door update of printer driverinstruction, caused a major flood of unusable printer cartridges and werehumiliatingly forced to firstly compensate thousands of HP customers and thenalso make available a Court enforceable automatic firmware update for downloadwhich removes the D.S.F. { “Dynamic Security Feature” } from certain inkjetprinter models and allows customers to use non-HP cartridges.This is not somuch a crack in the dam wall - but a massive breach - and this would undernormal circumstances give fair warning to other manufacturers with anintelligent group of people knowing that the "jig is up...."  - - - BUT then I have yet to come up againsta determined group of avaricious self serving ignorami {Yeah - I am educatedenough to know and understand that the plural of ignoramus is still ignoramus -but some people are just TOO STUPID to be just one person inthemselves............ and they will fight to the bitter end ofthemselves..............

Thank you for contacting Epson Customer Service in regard toyour XP-960.Unfortunately this is not covered under warranty as we are not supporting the CISS system.Please use genuine Epson cartridge.

By now you can imagine how annoyed George is with Epson. Stay tuned for the next update from Georg Baby as he tackles the wicked Epson monster.