UPDATE 14/5/2019:  We are still in talks with the ACCC over the legalities of HP's latest Firmware updates. At this stage they cannot divulge any details of action that may be taken. If you are a consumer or a printer consumables retailer that has been affected by these updates then PLEASE contact the ACCC ( Australia ) or the consumer watchdog in your own country.

If everyone simply stick's their head in the sand then eventually you will lose the rights to using any third party products! If you are an American Citizen that has been affected by these updates then contact Bay Area attorney Mark Javitch at Javitch Law Office, mark@javitchlawoffice.com, 650-781-8000

HP are at it again trying to combat the generic printer cartridge market. HP don't seem to have the brains to realize how much this frustrates the consumer and they also seem to have a short memory in regards to their legal challenges with their last shonky firmware update. HP may make short term financial gains from these actions however long term I think that it frustrates the hell out of the end user and certainly has adverse affects on their long term printer sales.

For those who don't know, last time HP use these tactics they were reported to the ACCC and it cost them a heap of money. All end users that were affected by the updates were able to claim $50 each as compensation for their losses. We strongly recommend that people do the same again and call the ACCC and lodge your complaint against this unethical company.

Anyway below is what you will see when the printer tries to get you to upgrade your firmware. Don't bother upgrading even if you only use genuine cartridges as it wont make any difference as to how your printer performs. From what we know the firmware updates started appearing around April 9. Many people had the update applied without them even knowing about it. The generic cartridges which were affected by this latest update were the HP 905XL, HP 955XL and the HP 975XL cartridges. The following is what some people may have seen and no doubt followed.....

The following message automatically appears and prompts you to install the updated firmware. 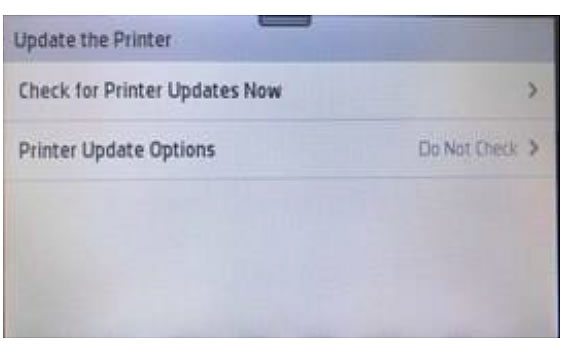 2. Printer Firmware is updated and the following error occurs

Once the update is installed the following message will appear telling you that your non genuine ink cartridges are now useless. Thank you very much HP for forcing the end user to dump their generic cartridges and now use your ridiculously over priced printer cartridges! 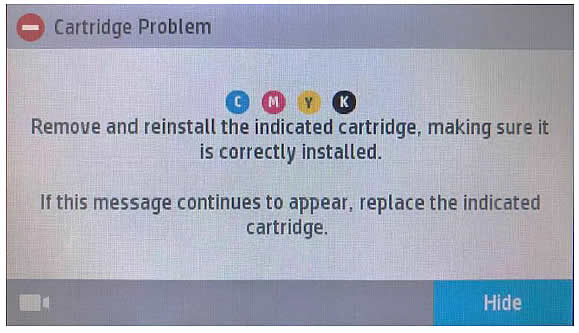 Do NOT update your HP Printer's Firmware

There is no reason whatsoever to update your printers firmware. It wont make a scrap of difference to it's operation and it's soul purpose is to stop the end user from being able to use generic cartridges. Why shouldn't the consumer have the right to use whatever aftermarket product they want to if it saves them money. If you have been affected by this update contact the ACCC in Australia and get the ball rolling again and make HP compensate you for robbing you of your right to use generic cartridges. It's a disgrace!

How to turn OFF HP Printer firmware updates

The following diagrams will walk you through the process of turning OFF all future firmware updates so that this wont occur again. 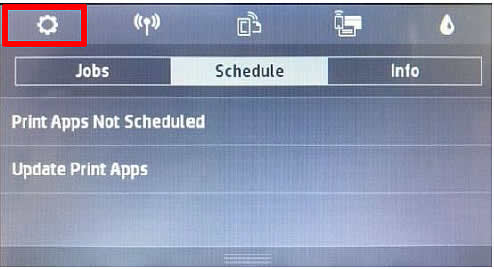 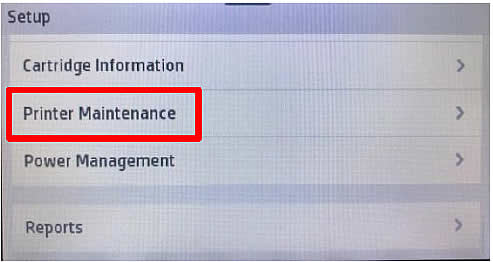 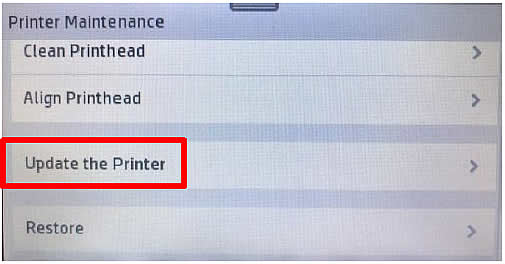 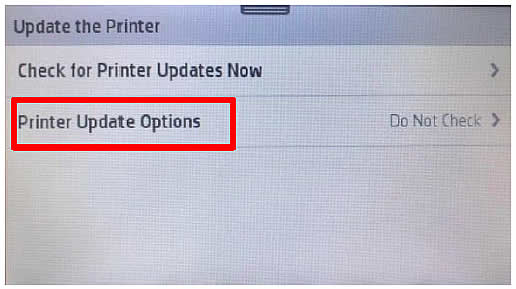 That's all you need to do to ensure that the HP auto updates no longer occur. There is also another method which HP use to try and get you to update the firmware. They do it through your wifi and the following pictures give you an idea of what they look like...

This is what the wifi notification from HP looks like... 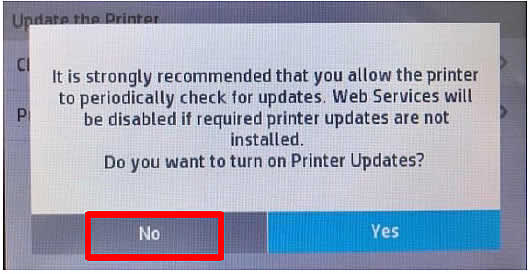 After walking you through all of the above steps to turn OFF the HP printer updates the good news is that the new generic cartridges with the updated chips are already available and we will have them within the next few weeks. Yes the updated chip has been developed and we will have them available to purchase in a couple of weeks. HP will no doubt continue with these crazy tactics however the solution is always available within weeks of these updates coming out and all it really does is cause an inconvenience to everyone involved. Meanwhile folks if you have been affected by HP's latest update I urge you to contact the ACCC and take action as people did last time this occurred.

If you wish to share this article copy and paste the link below: