Error c000 on a Canon Printer

Error message c000 appearing on your Canon Printers Screen is quite common and can usually be resolved by trying several procedures. Often it can be resolved by simply turning the printer OFF and then back ON again. If this doesn't fix the error then you may need to investigate it further and try some of the following:

1. First check for a paper jam associated with the carriage which the print head runs back and forth on. Look for a small piece of paper jammed near the end of the print head carriage.

2. The Ink Cartridges may not be seated correctly. Try removing all ink tanks and then reseat them all firmly. If this doesn't remove the error try step 3. 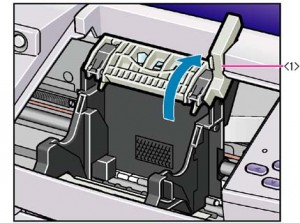 Usually this will fix the c000 error as it generally indicates that there is a problem with the electrical connections between the print head and the actual printer.

If the problem persists you may want to look into replacing the printer as print heads are usually not much cheaper than the cost of replacing the whole printer.