How to save money on printing costs 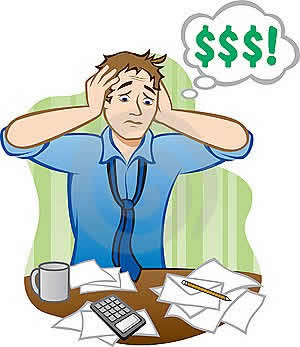 Everybody wants to save money no matter what it's with, printer ink is no exception. I have personally written many articles on this very subject however I would like to share a completely different perspective on the matter.

The trade offs with these higher resolutions is that a print nozzle can become clogged or blocked extremely easy. Epson are known for this problem and this led to the Ink Hub crew creating a "Printhead Cleaning Kit". which was so popular that we got sick of producing them so we stopped.

If you want to save money and print in Grayscale then DON'T BUY AN INKJET PRINTER. Yes thats correct because if you print mainly in gray scale then eventually your colour nozzles will clog.

When this happens people jump up and down and straight away blame the cartridges when it has nothing to do with them. An inkjet printer is designed to have ink constantly moving through the print nozzles and if it doesn't the ink will dry on the surface of the head where it is first exposed to oxygen and nothing will come out.

The myth about printer cartridges drying up is only a myth. It is NOT THE PRINTER CARTRIDGE THAT DRIES UP, it is the ink that remains on the surface of each nozzle and sits there until it hardens. Under correct operating conditions the ink on the nozzle surface doesn't have time to dry up as there is always fresh ink pushing the old ink out.

Trying to save money usually costs you money

The number of people who buy low cost generic cartridges and then still try to make them last 12 months are the ones who mostly come unstuck. If you print in grayscale or simply don't print at least one colour page per week then your inkjet printer will almost certainly give you grief.

REMEMBER they are not designed to work that way. If you want to print in black and white buy yourself a Brother Mono Laser printer and then you can print once a year if that's all you need to do. A laser printer doesn't use ink it uses a powder so the problems of it drying up are zilch.

What are the signs of a clogged printhead?

There are many tell tale signs that a printhead is either clogged or heading that way. The first signs are usually whitish horizontal lines stretching the entire width of the page.This is an indication that only a few of the nozzles are clogged. Doing a printhead clean on your printer via the utilities on the printer itself often is enough to correct this.

The next tell tale sign is incorrect colours. Often an image will come out extremely greenish or maybe reddish or orange depending on which nozzles are clogged. It often makes me laugh when customers ring up blaming the ink as if it's mysteriously changed colour overnight. The reason for the massive colour changes is that all colours are a mixture of Cyan, Magenta and Yellow ( and Black ) and when one of these isn't in the mix then the colours will be way off.

Are some printers more forgiving than others?

I'm glad that you asked that question. The answer is a definite YES. Canon are by far the most forgiving in regards to clogging. That is not to say that they dont clog it's just that the Canon "Thermal Printhead" is a better design that is less likely to clog. Brother are the next best however they do have a known issue with the black nozzle becoming clogged.

Many of the newer printers are now using Pigment based inks rather than dye based. Due to the nature of Pigment inks which have a larger molecular structure they can also cause clogging if not used regularly. This includes many of the latest printers such as Canon Maxify and many of the Epson and Canon use a Pigment based black as well as a dye based black. They do this to achieve the best printouts for both text and images.

Having mentioned the Canon Maxifies using the Pigment inks I haven't heard of any issue with clogging. The Canon Pixma printers have utilized a pigment based black for many years as it certainly gives a noticeably crisper and darker text printout.

Are all inks the same

No definitely not! At Ink Hub we have performed extensive tests over the years not only for print quality but also in regards to ink drying times and congealing factors under various conditions. Our old and faithful brand has always come out on top. Even our customers have told us over the past when we dared to substitute other brands to test them for quality they straight away let us know that they weren't happy.

In conclusion just let me say that sure we all want to save money as times are getting tougher and I guess many will think that I'm just promoting that you use more ink but that's certainly not the case. If you print at least one full colour page a week then you will probably have little or no issues with your printer.

If you try to be too much of a miser and don't print at least one full colour page a week then expect trouble.

What about CISS or refillable tanks

Many people over the years have turned to CISS or refillable tank Printers such as the Epson Eco tanks or the Canon Endurance series to try and cut costs. While these can help to cut costs on printer inks they can also cause other issues. If used correctly then they can be winners however more often than not things turn pear shaped as people even try to milk every drop of ink from these also.

One of the inherent issues with any ink tank system is that the sediment in the ink tends to settle to the bottom of the tanks and if they are not gently stirred every so often then this sediment works it's way into the printhead and once again problems occur.

If you want to save money and you print a lot then personally I would go for one of the  Canon Maxify printers as the cartridges are huge and only around $42-00 for the full set. Once again let me stress that if you print in just black and white then a cheap Brother mono laser is the best alternative by far.