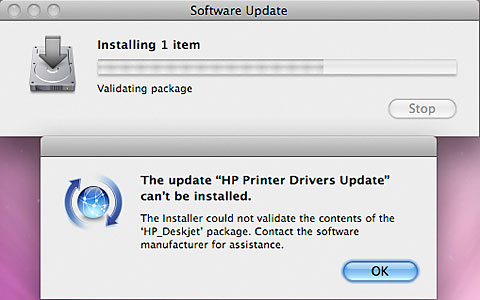 Most people have heard of the terms Firmware and Software Updates if they have used a computer for any length of time but many wouldnt have a clue as to the difference between the two.

Both software and firmware updates can cause huge headaches to those of us who rely on generic printer cartridges to save on our printing costs.

Okay so let's first of all explain the differences and also the ways in which printer manufacturers use firmware and software updates to their own advantage.

What is Printer Firmware?

Printer firmware is the actual program that is installed in a printer when it is first manufactured. The firmware tells the printer everything it needs to know to operate correctly and to interact with a PC or Apple computer. Okay so now let me explain how printer manufacturers use firmware to their advantage especially in the area of combating the use of non genuine cartridges.

So a printer company will produce say 2 million HP Photosmart 5520 printers over a 3 year period and they will keep the firmware pretty much the same over this time other than making some minor tweaks to fix any issues that may occur.

Obviusly after several years of the same printer being in production the market is flooded with generic cartridges which work perfectly well and have no doubt stolen millions of dollars in revenue from the printer company (HP in this case).

All of a sudden companies like ours start getting calls from customers telling us that the generic cartridges dont work in their newly aquired HP Photsmart 5520 printers. As soon as this occurs we know immediately that HP has produced a whole new batch of printers which are still the same model but with new firmware installed.

So the new firmware is designed to combat the use of the non genuine cartridges but still work perfectly with their own genuine cartridges. The consumer then becomes frustrated with the cheaper cartridges that wouldnt work in their newly aquired printer so their only alternative is to go down the local store and fork out the big bucks for the genuine HP product.

While this is all going on and HP are raking in the cash the microchip produces are busy working out how to produce a new microchip which overcomes the HP firmware update. Usually it doesnt take them long at all to reproduce a chip that overcomes a firmware update and in no time at all the market is again flooded with the cheaper generic cartridge and everyone is happy again ( except HP ).

What is a Software Update?

A software update is different in the fact that it occurs after the printer has been purchased and set up by the end user. Often it can occur without the user even realising that it has and all of a sudden the same thing occurs with the generic cartridges no longer being accepted by the printer.

This has been a very common process that printer manufacturers have used in the past and for them it has been very effective in slowing the use of generic cartridges and frustrating both the user and retailer of generic cartridges. For any of you that have owned either an Epson or a HP printer in the past you would be well aware of this frustrating process. Both Epson and HP have been ruthless in software updates over the past decade and this has also led to a large number of people despising both of these brands.

How to protect your printer from updates

The best way to protect your printer from software updates is to simply turn them off. There is usually no gain whatsoever in updating your printers software unless there is an actual problem with the operation of the printer, which is most unlikely.

I used a Canon printer for over 2 years that had a message on it to update the firmware but I never did. The reason for me not updating was more due to slackness than anything but it just indicates that updating printer software most of the time does nothing.

When it comes to firmware updates then nothing can be done about these as these are installed when the printer is made and you cant reverse the firmware unless a new version is released such as the HP Downgrade which was released when HP infuriated everyone by doing this once too often.

The future of Firmware and software updates

What HP has already began to do is to release their latest printers with updated firmware which prevents the use of non genuine cartridges. This stops them from being prosecuted again as it is not an update as such but a newly produced printer. The updated chips to combat this recent batch of new printers are already on the market so once again HP hasnt managed to slow the generic cartridge distribution for very long.

Like it or not the printer manufacturers will become more cunning and continue to try and stop the flood of generic cartridges by using underhanded tactics. In some ways you cant blame them for wanting to hang onto their market share. Maybe if they halved the price of their cartridges then they may just gain back some of the end users who like myself refuse to pay the rediculous prices that they are charging for their brand name consumables.